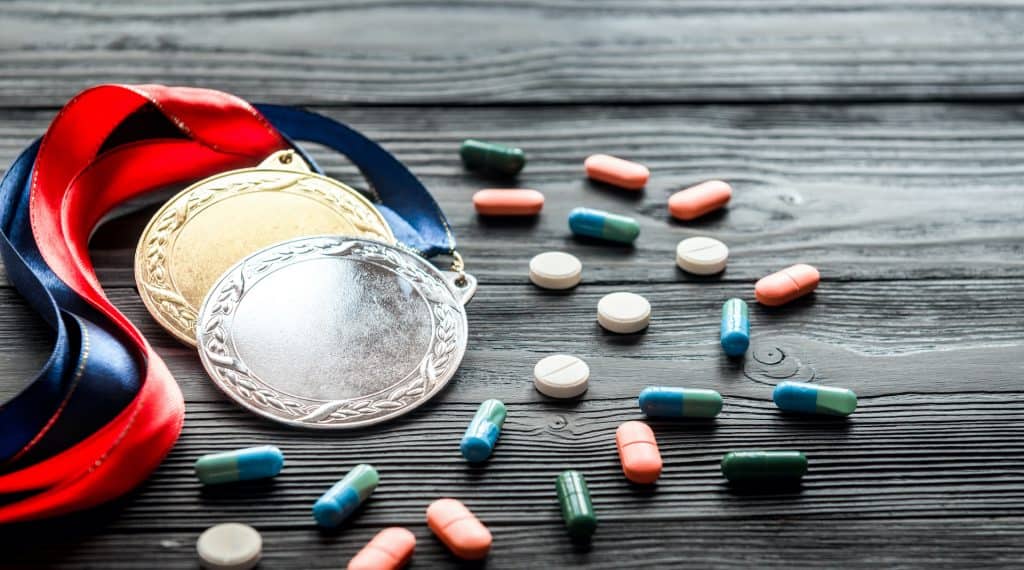 As athletes, we put a lot of stress on our bodies. This stress forces our muscles to grow, adapt, and perform at a high level. But our bodies aren’t invincible, and this stress cycle can eventually lead to injury. Over the course of a professional career, these injuries can also evolve into chronic pain that impacts the way we live, sleep, and perform.

Our team is perpetually looking for safer, more effective tools to help manage recovery and keep sport related pain at bay. CBD has been proven to reduced inflammation and treat symptoms. However, as athletes ourselves, we recognize how important it is to understand if any substance will have an effect on your eligibility to play the game.

IS CBD ALLOWED IN SPORTS?

In 2018, the World Anti-Doping Agency (WADA), along with the US Anti-Doping Agency and the Canadian Centre for Ethics in Sports removed CBD from its list of prohibited substances (both in and out of competition). However, there is an important caveat:

ONLY CBD was removed from the list. The psychoactive component of cannabis (THC) remains prohibited, along with any synthetic cannabinoids. The specific ruling states:

Despite THC remaining on the Banned Substances List, governing bodies have become significantly more lenient. WADA recently increased the urinary threshold from 15 nano-grams per milliliter to 150 nano-grams per milliliter. This was by design so athletes are at a lower risk of testing positive for THC from casual cannabis use (outside of competition).

To go a bit deeper, we consulted the rule books for a variety of professional sports leagues across the world. Here is what they had to say on CBD:

Leagues like the NHL, AHL, and ECHL follow the WADA standards, which means that CBD is legal. However, the relaxed response to a positive THC test in the past shouldn’t be used as an indication of how they will respond in the future. THC also remains on the NHL’s Substance Abuse and Behavioural Health radar, and a positive test could raise a red flag.

In March of 2020, the NFL announced the reversal of the NFL’s stance on their players’ use of cannabis. Effective for the 2020/2021 season, NFL players will no longer be tested for CBD. In addition, the league has raised their allowable threshold when testing for THC to match that of the World Anti-Doping Agency. The league does maintain the right to take action if inappropriate conduct by a player (or staff member) is determined to have been related to cannabis use.

In Canada, the CFL doesn’t test for cannabis, so athletes in the CFL are able to use both CBD and THC products. However, the CFL retains the right to take disciplinary action against players if any cannabis-related conduct is deemed inappropriate.

In December of 2019, the MLB removed cannabis, including both CBD and THC, from their list of prohibited substances. However, synthetic compounds made to mimic the effects of THC remain banned. In addition, the potential for discipline remains if inappropriate conduct is deemed to be cannabis-related.

The NBA only just recently announced that they have temporarily suspended testing for cannabis, including CBD. The key word here is temporarily, so stay tuned on this one. Like all other sports leagues, the NBA has noted that they will take disciplinary action if a player is considered to have conducted themselves inappropriately and the behaviour in question was determined to have been related to cannabis use.

Despite the major sports leagues taking a more relaxed stance on cannabis, it is important that you understand your league’s anti-doping policies. Keep in mind that in any international competition, all sports become subject to WADA standards. The best practice for any international athlete who wants to avoid the potential for sanctions is to remain compliant with WADA policies and follow their list of prohibited substances when deciding what you should and shouldn’t put in your body. Bottom line: Only use products designed for athletes and with these restrictions in mind.

ImpACTIVE was designed by athletes, for athletes. Don’t hesitate to contact us if you have any questions about our products.